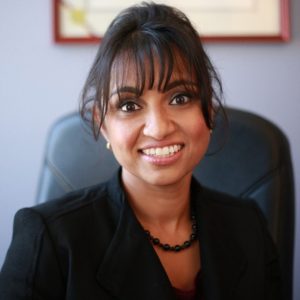 Dr. Wahhab received her Associate of Arts degree from Simon’s Rock College in Great Barrington, MA and completed her Bachelor of Science at The American University in Washington, DC. After participating in a graduate program in marine biology, she continued her education at Hahnemann University in Philadelphia, PA where she earned her Medical Degree in 1995. After medical school, Dr. Wahhab continued her medical training at Lehigh Valley Hospital as a general surgery resident for three years. She continued at Lehigh Valley Hospital as a Plastic Surgery Resident for three years, completing her training in 2001.

In August of 2001, Dr Wahhab started her own practice in Allentown, becoming the first and only female plastic surgeon in the Lehigh Valley. She completed her board certification in the fall of 2003 and is certified by the American Board of Plastic Surgery.

Dr. Wahhab has a special interest in the treatment of breast cancer and co-ordinated a research project during her residency in which she studied the local recurrence of breast cancer in patients who had mastectomy with immediate breast reconstruction. She presented her research at several meetings and the results were published in the Annals of Plastic Surgery.