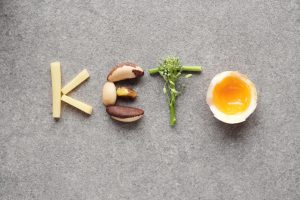 A high-fat, low-carbohydrate diet may help prevent retinal degeneration that leads to glaucoma.

A recent study published in the Journal of Neuroscience found that a ketogenic diet prevented damage to the retinal ganglion cells in mice that were on the cusp of developing glaucoma. Retinal ganglion cells are neurons located on the inner surface of the eye. These cells are the main component of the optic nerve, which transmits visual information to the brain. In people who have glaucoma, spikes in eye pressure can cause the optic nerve to degenerate resulting in permanent vision loss.

A research team at Northeast Ohio Medical University fed a group of mice a ketogenic diet comprised of 90 percent fat for eight weeks. At the conclusion of the testing period, the mice had high antioxidant levels and less degeneration of retinal ganglion cells.

This study is not the first time researchers have tested the effects of a high-fat diet on degenerative nerve diseases. Doctors have used ketogenic diets since the early twentieth century to treat epilepsy in children. Limiting carbohydrate intake has been linked to improvements in many other conditions like Alzheimer’s disease, sleep disorders, autism, Parkinson’s disease and even brain cancer.

According to the Glaucoma Research Foundation, over 3 million Americans have glaucoma, but half are unaware because there are generally no early symptoms. When symptoms develop, it often means that permanent vision loss has already occurred.

The most effective way to prevent glaucoma damage is to schedule annual comprehensive eye exams with an ophthalmologist. A complete eye exam includes screening for glaucoma, cataracts, macular degeneration and many other degenerative conditions.